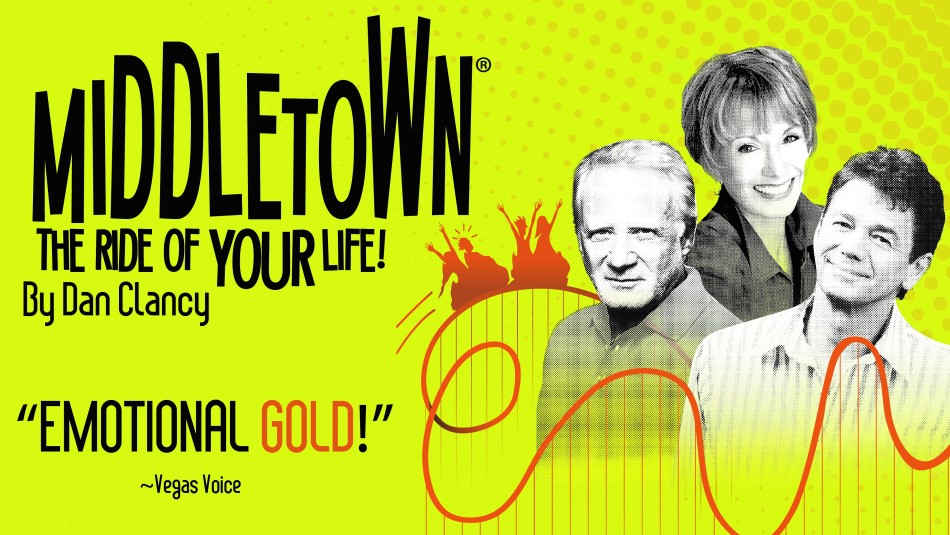 An exhilarating and universal depiction of love and friendship, MIDDLETOWN® follows the story of two couples who endure the roller coaster of life together.

GFour Productions, producers of MENOPAUSE THE MUSICAL® and Tony-nominated FIDDLER ON THE ROOF, today announced that they will present their new play MIDDLETOWN® at The Apollo Theater from February 27 - March 22, 2020. The cast will star SANDY DUNCAN, known for her portrayal of Peter in PETER PAN; DONNY MOST, known for his role as “Ralph Malph” in the hit TV show HAPPY DAYS; and ADRIAN ZMED, best known for his starring roles in the BACHELOR PARTY and TV’s T.J. HOOKER. The cast will also feature Chicago actress and multi Jeff Award winner KATE BUDDEKE (Broadway: Superior Donuts, Carousel, Death of a Salesman with Brian Dennehy, Gypsy with Bernadette Peters and A Streetcar Named Desire with Natasha Richardson).

An exhilarating and universal depiction of love and friendship, MIDDLETOWN® follows the story of two couples who endure the roller coaster of life together, including the highs, the lows, and everything in between. Staged without a set or props, the stars read directly from scripts, as if reading from the book of their own lives — and ours.

“I wanted to tell a relatable ‘every-person’s’ story in a direct and straightforward manner where human emotions are front and center – without bells, whistles, special effects, or props,” said writer Dan Clancy, best known for his play THE TIMEKEEPERS, which ran off-Broadway and in Israel for 13 years. “I wanted the words to speak for themselves.”

The initial workshop of MIDDLETOWN received a Carbonell nomination for “Best New Work” in 2017 and was originally presented at the Jan McArt Reading Series and West Boca Theatre Company. In 2019, MIDDLETOWN® premiered to critical acclaim in Las Vegas, Bucks County, Pa., and Wilmington, Del.

As the New Hope Free Press describes, “Like Love Letters, the ‘play’s the thing,’ as Shakespeare might say. The show has four podiums downstage where the actors stand with scripts before them. … For all intents and purposes, this is just the actor telling you their stories with no blocking. This only works if the stories are worth telling and the actors are good enough to tell them. And the answer is a resounding YES!”