Connect to your local community!

Find a Job or Staff Your Team

Magic Christmas Tour in Illinois (Chicago) - (Various Dates Available)
Attending Interested
Windy City Gridiron: For Chicago Bears Fans has new update
13 hours ago Bear & Balanced: Bears vs Packers cooled down review
Photo by Quinn Harris/Getty Images Jeff and Lester rewatched the Bears vs Packers game to ready themselves for today’s Bear & Balanced The Chicago Bears lost another one to the hated Green Bay Packers, but there wasn't quite the same sting as in previous games because when I look at the big picture for this franchise, I see the light at the end of the tunnel. Justin Fields set some more records yesterday, and he's shown growth this entire season. This roster is full of too many holes to realistically compete, so keep that in mind as Chicago closes the season out with the toughest schedule remaining on any other team in the NFL. Look for the rostered players that will be here beyond this season for development and potential, and enjoy the ride. At 6:00 p.m. (CT), Jeff Berckes and I will dive into our day after takes on the last game, so join us! Here's our bullet point outline of Bear & Balanced. Intro: We'll both share some general thoughts about the game. The Portillo's Trench Tribute: This is our weekly pick for lineman of the game, and thanks to our friends over at Portillo's, we'll be giving out a $100 gift card to one lucky fan each week this season. WE GIVE $100 AWAY EVERY WEEK, SO TUNE IN FOR YOUR CHANCE! Sweet Tweets: We're both active on social media — so be sure you're all following us at @gridironborn & @wiltfongjr — and we highlight one Twitter interaction/Tweet each week. Caught up in a numbers game: This segment has us featuring one number/statistic that we found interesting from the game. The Fields Report: We talk about quarterback Justin Fields before we take our commercial break. The 3 Bears: You all know the story of the Three Bears, so in this porridge-themed portion of the show, we give our picks for the Bear that was hot, the Bear that was cold, and the Bear that was just right in the game against the Packers. Check out the video version here. 2nd City Gridiron is our video home, so hit the link to subscribe and help us grow that brand! You can also listen to the podcast version here soon or download it wherever you get your pods: The WCG Podcast Channel is available anywhere you get your Podcasts, including platforms such as Apple, Spotify, Google Podcasts, Audacy, Stitcher, iHeart Radio, Podbean, Audible, TuneIn, and so many more! 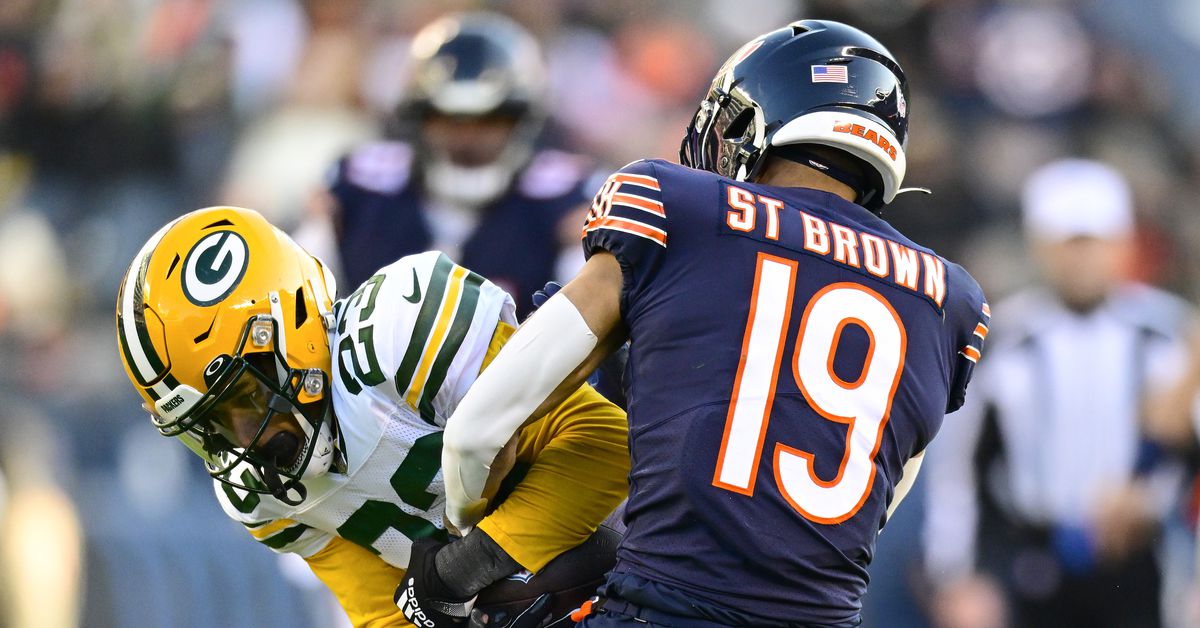 Eater Chicago has new update
14 hours ago Streeterville Italian Favorite Pelago Will Close After 15 Years
Chef Mauro Mafrici is closing Pelago after 15 years. | Pelago/Kimberly Anguil Mafrici Pelago chef says the restaurant’s landlords didn’t offer to extend his lease After 15 years, Pelago — chef Mauro Mafrici’s Streeterville Italian restaurant — will serve its last guests on December 31. Mafrici didn’t want to shutter Pelago — his new landlords refused to renew the tenured restaurant’s lease. “I had a 15-year lease and now it’s finished,” Mafrici says. “I didn’t want to end it like this. I wish the space could be mine.” The building Pelago has called home since 2008 at 209 E. Delaware Place was once the Raffaello Hotel. When the hotel closed, the owner sold it to the restaurant’s current landlords who wanted to turn the building into apartments. Prior to the pandemic, in 2019 a Miami-based firm, Maxwelle Real Estate Group, bought the property with plans for a renovation. According to Mafrici, those landlords say they need the restaurant’s space to complete that work. Mafrici hails from Trieste, Italy. He worked in the kitchen in 2005 when Lo Scolco earned a Michelin star in its first year in New York City. The building’s landlords, according to Mafrici, have waffled on what their exact vision is for the building. Regardless they want him out. “They told me they want to make it into an apartment building, they want to do different things, they want to redo a new hotel, they want to completely change everything inside,” Mafrici says. “They are a little bit confused. They’re very confused and honestly, I don’t know what they’re thinking.” Guests can expect standard dinner service at Pelago until the restaurant’s closure save for two special dates. On Christmas Eve, dinner service will feature a tasting menu celebrating Vigilia di Natale — the Feast of the Seven Fishes — for $145 per person for a four-course meal, or à la carte service. Dinner service on New Year’s Eve, Pelago’s final day, will be a celebratory Capodanno prix fixe dinner for $300 per person, which includes all food and wine, to mark Pelago’s more than a decade of fine Italian cuisine and the coming new year. After Pelago’s final plate leaves its kitchen, Mafrici will be tasked with the physical process of dismantling his restaurant. “I can take [everything] to figure out what is the next step because I want to do another project,” Mafrici says. “Always when I do things I always try to do it as best I can and take a little bit more time — maybe months and months. These are things I need to figure out, to try to find the right space or you know, if I want to stay here or if I want to go in the suburbs.” Mafrici, who has spent 45 years in the hospitality industry, confirmed his next project would be a continuation of his career as a chef. Whether that project will remain in the city remains unknown for now. There are many things Mafrici says he will miss with Pelago gone but most of all he says he will miss his guests, both loyal and continuously new. Over the years at Pelgao, Mafrici has cooked for A-list celebrities including Robert Redford and Kobe Bryant. “A lot of people pass by,” Mafrici says of Pelago’s Streeterville location, which continued to draw in new guests with its tantalizing menu’s primary focus of homemade pastas and Italian seafood. “Customers will be the [biggest] thing I will be missing.” 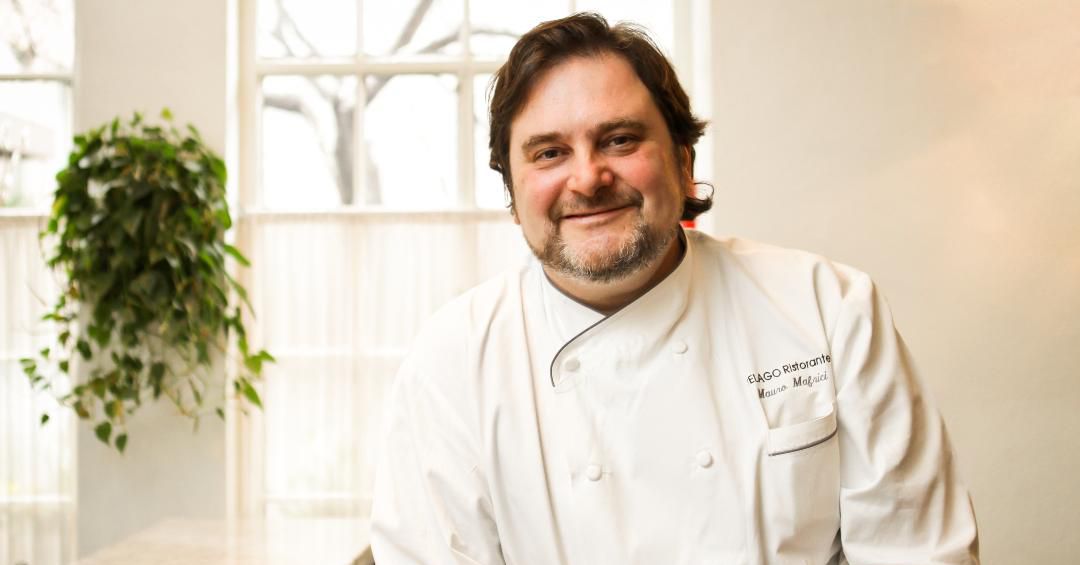 Windy City Gridiron: For Chicago Bears Fans has new update
21 hours ago Bears vs Packers: Inside the snap counts, stats, and more
Photo by Robin Alam/Icon Sportswire via Getty Images Here are all the snap counts for the Chicago Bears, a spotlight on some of their individual stats, and also a few team statistics from their 19 to 28 loss to the Green Bay Packers. The Chicago Bears did what they've done the last month with Justin Fields at quarterback. They looked solid on offense while their defense struggled, and they made a few critical mistakes. In this 28 to 19 loss to the Green Bay Packers, the defense fought hard, but they didn't have the overall talent to come through. They held Packer QB Aaron Rodgers to just 182 passing yards, but they didn't record any sacks, any quarterback hits, or snag any takeaways. Rodgers was comfortable most of the afternoon, and while he was a bit off, he was still able to work through all his progressions and keep the chains moving. Green Bay also ran the ball 32 times for 175 yards while rolling up 18 fourth-quarter points. The Bears outgained the Packers 409 yards to 357 and were better on third-down conversions, 54.5% to 46.2%. Green Bay was flagged for 2 penalties for 20 yards, while Chicago was hit with 5 for 63. The Packers had the time of possession edge, 32:28 to 27:32. Now let's take a closer look at the playing time breakdowns for the Bears and also some individual stats. OFFENSE Justin Fields missed one week with a left shoulder injury, and if he had had his way, he would have played through it last week. Even though he was cleared to play, yesterday's game plan seemed to be cognizant of allowing as few hits on him as possible. There were very few called QB runs, and the second-half game plan skewed a bit run-heavy. You may subscribe to a tank conspiracy from the coaching staff, and that's your prerogative, but I didn't see it that way. In the game, Fields rushed for 71 yards on 6 carries and a TD while throwing for 254 yards on 20 of 25 passing, 2 fourth-quarter interceptions, and a passer rating of 75.7. Even with the odd playcalling, Fields is still setting records. The #NFL just shared a few records set by #Bears Justin Fields.He's the 1st QB in the Super Bowl era to rush for a TD in 6 consecutive games. His 3 rushing TDs of at least 50 yds this year are the most in a single season by a QB in NFL history, & the most by a QB in the SB era.— 2nd City Gridiron (@2ndCityGridiron) December 5, 2022 David Montgomery had 14 carries for 61 yards (4.4 ypc) and a TD, and he caught 4 for 6 yards. Equanimous St. Brown had 3 receptions for 85 yards. Cole Kmet had 6 catches for 72 yards. Chase Claypool had 28 yards on 5 receptions, but he also lost a fumble. N'Keal Harry had a 49-yard catch. DEFENSE UDFA rookie Jack Sanborn led the Bears in tackles again, this time with 10 and a tackle for loss, and he added a tackle on special teams. Fellow UDFA rookie Jaylon Jones had 8 tackles, and UDFA rookie Josh Blackwell had 4 tackles on D and another in the third phase. Dominique Robinson had 5 tackles, and Elijah Hicks had 3 tackles and another on special teams. Nicholas Morrow had 6 tackles. DeAndre Houston-Carson picked up 5 tackles and a TFL. SPECIAL TEAMS* *The above image has players that only played in the third phase. Cairo Santos was 1 of 2 on extra points and 2 of 3 on field goals. Trenton Gill had 1 punt for 39 yards. Velus Jones returned 4 kicks for 114 yards. Rookie UDFA A.J. Thomas had a tackle. To check out the complete Bears vs Packers box score, I find that ESPN has an easy-to-navigate site. All statistics and snap counts are taken directly from the NFL's Game Statistic and Information System, as are the accompanying pictures. 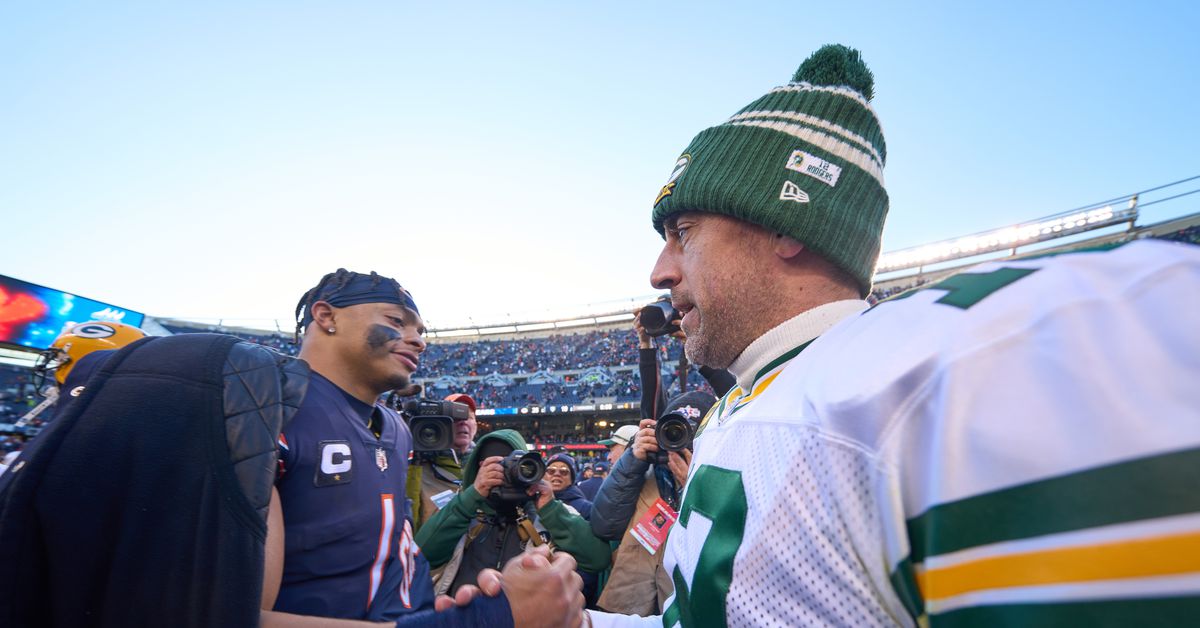 In May/June, I attempted to visit the shop at exactly at close and was met with a frightened employee that excused her fear by slamming all men for trying to rape a woman in the shop. I said she personally knew me more than that, as I was a member of the community shop for years since they opened, never had an issue. I brought it up to Blake on many occasions, and found myself banned for no reason whatsoever to be discussed, threatened if I inquired further. He messaged me, months later last night, with a unspecific apology, not knowing why he was sorry, and I asked again to be unbanned and for their to be talks with that employee. I was told it's more of a priority for the employees to work on their publications than to deal with my outstanding issues. Blake further accused me of being a "Natze", which is beyond professionally. It's been about 5-6 months now. It's shameful that your employees can 'curse' out about men. If the sexist females of this shop don't feel comfortable dealing with men, then apologize to me that I have to deal with their misandric comments. Once you apologize and unban me, I'll remove this review. I also don't appreciate the attitude, Blake. You kept dodgin

Cons: Misandric comments by the staff and the owner will not address this. Owner said it was "sad" when I bought something special... it was also a really hurtful comment. Owner cares more about his employees than who they've hurt, a community member. Tough guy simply can't apologize and when he does, he doesn't know why he is apologizing.